A software engineer has shared a warning for travellers after he was able to ‘hack’ into an airline’s website in search of his missing luggage.

Nandan Kumar took to Twitter to reveal he and a co-passenger had mistakenly grabbed each other’s bags after a recent flight on domestic Indian airline IndiGo.

After calling the airline for help, the 28-year-old decided to take matters into his own hands and managed to find the other traveller’s information online after digging into IndiGo’s website.

“And after I did not get any calls from @IndiGo6E I decided to take the matter in my own hands,” he said in the thread, that has since gone viral.

READ MORE: Woman ‘mortified’ by date’s behaviour during night out

He was able to identify the other person’s Passenger Name Record [PNR] through a luggage tag and tried various methods — such as the check-in process, editing a booking, updating the contact — to find contact information.

“After all failed attempts, my developer instinct kicked in and I pressed the F12 button on my computer keyboard and opened the developer console on the IndiGo website,” he continued. “I thought ‘let me check the network logs’.”

In the end, he was able to find his co-passenger’s phone number and after a phone call the two met up to swap their luggage.

However, Nandan said it shouldn’t have been so easy to find the private information, stressing the system’s data should have been encrypted.

“A PNR and a last name is very easy to get. People share their boarding passes. Anyone can see your bags, take a picture and later use it get your information,” he stressed.

In a statement sent to the BBC, the airline said it adhered to “data privacy policies” and their “customer care team followed protocol by not sharing any other passenger’s contact details with another passenger.”

IndiGo also told the publication “at no point was the website compromised”, adding it would be “reviewing this case in detail”.

But the scenario prompted Nandan to share a warning to fellow plane passengers about accidentally sharing private information.

“My only suggestion to fellow passengers is to please do not share your boarding pass photos or your PNR details on social media or public domain,” he shared.

“And I hope airlines take all these things in account and do something about it i.e. encrypt the data being sent over the network.”

For a daily dose of 9Honey, subscribe to our newsletter here. 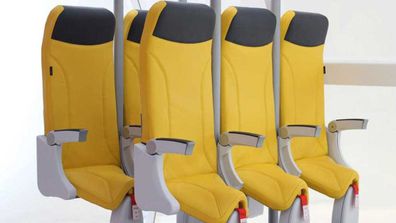